I recently posted on Facebook the story of my painting from 2019 "Apple Butter Time". In my post, I mentioned that the painting started as an old family photo. One of my relatives asked who was in the photo, so I thought I'd share the original photo to show how some of my ideas begin.

Recently a bunch of old black and white photos from our family's farm, and my childhood (yeah, I'm old) came into my possession. I've done a few paintings based on these images. It's always a give and take with what to leave in and what to remove. Composition leads the way but so does what I feel about the image and what I'm trying to convey to the viewer. Here's the "starter" photo from 1956 for the painting in question. 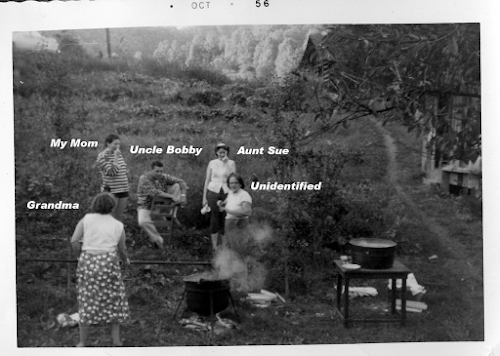 With my story regarding this painting and the commission project that resulted. 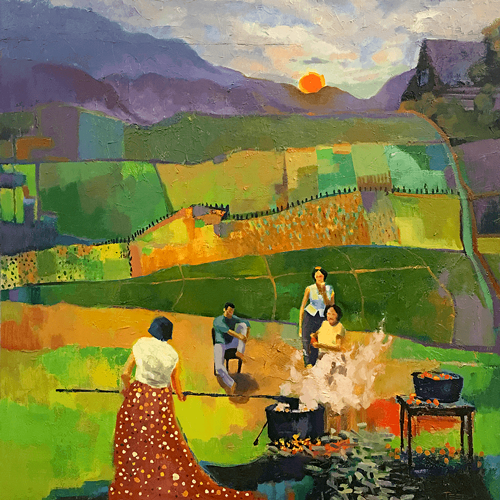 About this time last year, I learned that my painting "Apple Butter Time" had won the top award at Tamarack's 2019 Best of West Virginia Juried Show. This was a special painting for me because it depicted my grandmother as the lead image, cooking apple butter on their farm from the 1950s. The painting was purchased as the show ended but that wasn't the end of the good news. Several weeks after the show was over, I received a few voice messages from a company in the Washington DC area that wanted to discuss an art project. Being wary of unsolicited phone calls, I ignored them. As more calls and voice messages arrived, (and a final message that mentioned Tamarack and the name of my painting) I finally decided to see what these calls were about. To my surprise, I discovered that they were offering me a contract to paint a large triptych (140" x 60") for the hospital in Leesburg, VA. A brand new wing was being added to the already existing complex. The Inova North Patient Towers. Under the "It's a small world" category, I later learned that my two nieces had delivered their babies at Inova. Go figure.
After negotiating a project fee, I spent the next three months painting the triptych in my studio. These were by far the largest paintings I'd ever attempted. When complete in early 2020, Elizabeth and I rented a van and delivered them to the framer in Virginia.
Because of the pandemic, I haven't been able to visit the hospital and see the paintings in all their glory. Maybe I can get there in 2021 when we start getting back to normal.
Anyway, I've included photos of the original winning painting and the subsequent commission. Thanks again to Tamarack for allowing West Virginia artists to get some exposure inside and outside our state. I'm very grateful for the opportunity.
PS: I learned last week that I had two new paintings accepted into this year's Best of WV show. I'll post them later.
Commission Triptych 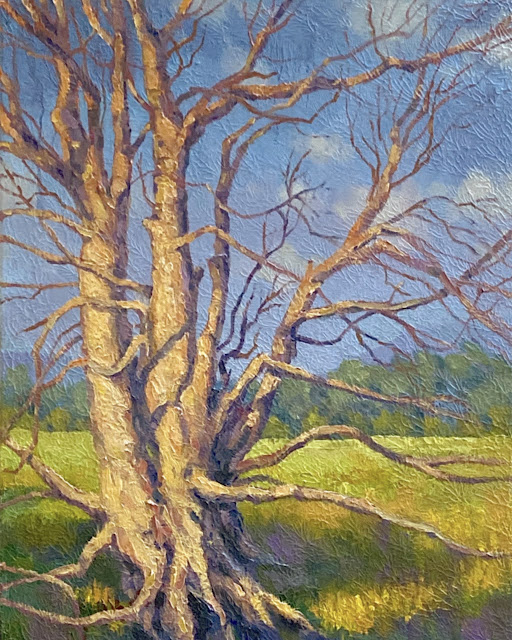 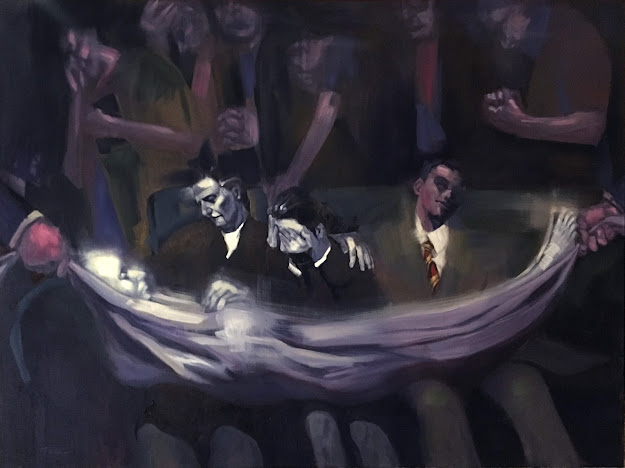 michaelteel
I'm a West Virginia artist living in St. Albans, WV. I have exhibited in many juried art shows throughout the state. In 2019 I was awarded The David L. Dickerson Best of Show in the Best of West Virginia Open Juried Show.